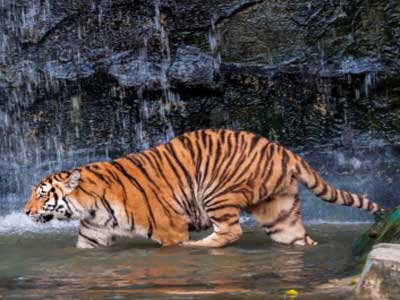 As much as we love to see some of our favourite animals in the movies, it’s sad to learn that sometimes, mistreatment DOES happen regardless of the laws that are put in place to avoid otherwise. As we did our research for this article, we were saddened by the information we found… information that we are sure will upset you.

In the MASSIVE blockbuster film, The Hobbit: An Unexpected Journey, 27 of the cast animals died during filming. 27 – that’s a shocking number isn’t it? 1 dead animal is wrong. 27 dead animals is unjustified. Completely unjustified.

Apparently, the animals that died in that movie died of dehydration, drowned in sink holes, or simply collapsed from exhaustion because of unacceptable conditions at the farm where they were ‘looked’ after. These are all things that could have easily been prevented with proper care. For a film that grossed around £250,000,000 at the box office you would think they could have afforded to house the animals in a farm where they were well looked after wouldn’t you!

Moving along and it would seem as if The Hobbit wasn’t the only movie that had been involved in rather sombre tales of animal abuse. The Life Of Pi was a movie loved and adored by millions across the world, including ourselves, and it made us very sad to learn the news of the lead character in the movie – Richard Parker, better known as the tiger, almost drowned after it was left to struggle in the water scenes before being dragged to safety. King, as he is known in ‘real life’, is fine and well now, but a few moments more in that water and there could have been serious trouble. All because the computer generated footage wasn’t ‘lifelike’ enough. How lifelike do we need to go? To the point where animals actually die?!

In the Paul Walker movie Eight Below back in 2006 apparently one of the Disney dogs, a husky, was repeatedly punched, apparently in the diaphragm. Who really sits back and let that kind of abuse happen to a poor, defenceless animal? It hardly bears thinking about, does it?

Apparently the 2011 Sony film, Zookeeper, saw an elderly giraffe die. Failure To Launch apparently resulted in a chipmunk getting squashed. Plus there were the dead fish that kept turning up on the beaches around the area in which Pirates of the Caribbean: The Curse of the Black Pearl was filmed. According to reports, special effect explosions that were used in the area were the cause, but no one can ever really be sure. After all, such special measures are taken to ensure that this sort of thing DOES NOT leak out into the media. It would cause an uproar – quite rightly so.

Not just during films are animals getting neglected and abused either. There was one Kmart commercial that apparently saw the death of a five foot beautiful shark, after it was left in an inflatable pool that was too small for it to survive in. It would appear that neglect is something that is fairly commonplace in Tinseltown. We can’t believe all the horrifying stories we’ve come across, just from a little bit of research.

Animal neglect is something that we, and many other Cheshire Pet Sitters won’t ever let happen. If you think that you have spotted an animal being neglected or abused, do something about it. Tell the authorities and get the correct people involved. Could you live with yourself six months down the line if you heard that, that animal had died?