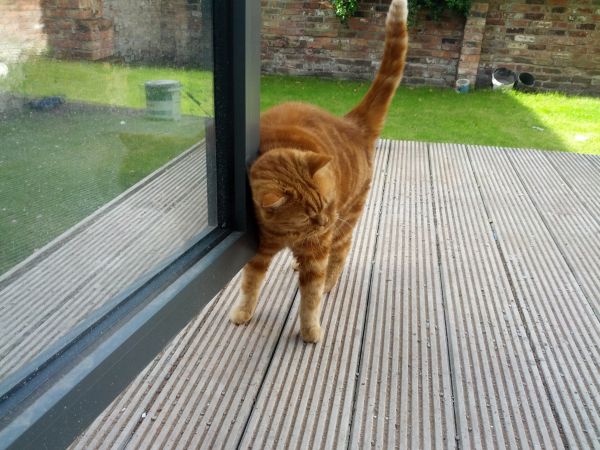 If like many cat owners, you quite like the sound of letting your cat have kittens one day, there are a few things you should know. There are consequences to deal with by not getting your cat neutered or spayed and as well as the imminent arrival of kittens the second you let your newly sexed cat out in the great wide world, you also need to deal with a few other things including some pretty shocking displays of behaviour.

When Will My Cat First Come Into Season?

Normally around the age of six months most female cats will come into season for the first time. There are some breeds that tend to start earlier on such as the Siamese who usually start hitting maturity around the four to five month mark, and other breeds taking as long as ten months to become fully mature. Generally, around the six month mark is when it will all start kicking off.

How Will I Know When My Cat Has Come Into Season?

Initially it will seem as if your cat has got incredibly affectionate all of a sudden. Your feline friend may rub herself all over you, cheeks dragging along you and other household surfaces and edges to leave their scent markings behind. Most cats will get super affectionate a couple of days before they come into season and this will happen every time, not just the first time.

Other Signs That Your Cat Has Come Into Season

What happens next will massively vary depending on your cat but for most, a few things happen. Firstly your cat could start to get very talkative and very loud. She may howl for no apparent reason (normally staring at a wall or door bizarrely), making all manner of noises that you won’t have heard before. It almost sounds like a pained wail – it’s so loud!

After that you may notice your cat starting to ‘twerk’. Scratching her two back legs along the floor in a motion that Miley Cyrus would have been proud of, it’s very funny to watch. It’ll  soon start to get annoying after a while though especially when you realise that she is secreting ‘stuff’ from her ‘lady parts’ and it drops all around the place. Remember she is more affectionate during this time so she’ll be rubbing that stuff over you!

You may notice that your cat’s eating habit changes. Some may eat more whereas many often eat a lot less. Drinking patterns may change too in the same ways. You should keep an eye on her habits but not be too alarmed by it. It’s a passing phase and generally, she’ll return back to normal.

How Long Will My Cat Be In Season For?

For many cats, it’s about a week but again this can vary from breed to breed. During the summer months, you may find that she will be in season for a week, out of season for three or four weeks, and then back in season again. This will be a pattern that repeats itself the entire way through the summer if you don’t get her spayed or she doesn’t have kittens. She may even have multiple litters of kittens if you let her.

How Can I Comfort My Cat During Her First Season?

During this time, there’s not much you can do. There are some products you can buy to make things a bit easier for yourself. Feliway is a spray or a plug-in which releases happy hormones to try and help your cat and can prove especially useful for ones that are displaying aggressive behaviour, which can sometimes happen. You should also looking at investing in a cat brush. There will be a lot of shedding of fur during this time and not only will the increased affection help her through this difficult time (remember she is fighting every natural instinct and urge inside her), but the brushing will prevent the fur from being left all around your home.

The easiest thing to do of course, is to just get her neutered. It stops all this crazy behaviour and there are enough stray cats in shelters who desperately need a good home who don’t want to have to compete with cute fluffy kittens anyway!

ps. The image is actually of Garfield (a male cat!) because it was the best one we could find of a cat acting like a floozie!

The lovely Clawdia having some fun #catsitting #ca