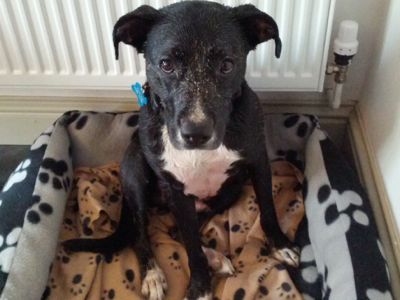 We’re sure by now everyone has heard about the awful fire at Manchester Dogs’ Home that has taken the innocent lives of at least 60 dogs due to the stupidity of one 15 year old boy.

It was a tragic event and we can’t even begin to imagine how scared all of those poor dogs must have been.

Thankfully, 150 dogs were saved and rescued, partly due to the bravery of 2 local men. They have now been relocated to Cheshire Dogs’ Home in Warrington which is the sister shelter of Manchester Dogs’ home.

One positive thing to be said about the situation is how well the general public have reacted. It is amazing to think that over £1 million has been raised in just a couple of days!

Hundreds of leads, collars, blankets, shelters, and bags of dog food have been donated to the shelter which should keep the dogs comfortable and fed for the next few months ahead.

With all of the money raised, Manchester Dogs’ Home should be able to come back with a bigger & better premises that will allow them to care for even more dogs than they could before. Hopefully the extra dogs they can help in the future will outnumber the poor dogs who lost their lives in the fire.

This whole event has also given Manchester Dogs’ Home a lot of media coverage which, with any luck will lead to a lot more people seeking to adopt a lovely dog from there and their sister shelter Cheshire Dogs Home in Warrington.

It was one youngster who caused all of the pain at Manchester Dogs’ Home, but without some very thoughtless adults, none of those dogs would have been there in the first place.

Unfortunately most of the dogs at Manchester Dogs’ Home are staffies and bull breed type dogs.

Most of these dogs have been cast away like unwanted toys because perhaps they weren’t ‘hard enough’ to be trophy dogs or weapons for their low life owners or because the owners hadn’t realised how expensive dog ownership can be!

The realisation is that a lot of these dogs will have been there for months or even years, because they may aggression or behavioural issues because of the poor upbringing they have received.

A lot of those dogs wouldn’t have been there in the first place if it wasn’t for irresponsible, greedy breeders who just see dogs as money making machines, producing litter after litter with no thought to where they will end up.

Behavioural issues, aggression, and health problems can often be as a result of indiscriminate breeding and a poor living conditions for the breeding dogs and puppies.

These breeding issues are often the reason for why these dogs end up in shelters like Manchester Dogs’ Home. The owners just aren’t equipped to handle the dogs or can’t afford the vet bills, partly because of the bad breeding and partly because they weren’t prepared for what responsible dog ownership entails.

We can all have hatred for the youth who caused the fire, but lets not forget that none of those dogs should have been there in the first place if it wasn’t for the ignorant, irresponsible adults who abandoned the poor dogs because they had got bored or because they weren’t adequate enough to cope with them.

Rather than thinking about how the delinquent can be punished, we should be looking into how we can tighten the laws on dog breeding & ownership as well as educating the general public to try and prevent this happening again.

Please also take a moment to think about getting your next dog from a dog shelter such as Manchester Dogs’ Home, or Tameside Animal Shelter where we got our soft, loving staffy Dillon from. There are so many lovely dogs there who just need a bit of love and affection to get back on the right track and in return, will provide you with many years happy times.

If you have any thoughts then please let us know in the comments box below or on our Facebook or Twitter page.